Is The Coronavirus The Start Of A Form Of The Zombie Apocalypse?

I’m a sucker for a good dystopian apocalyptic zombie movie. There is something about watching and thinking, “What would happen if this really occurred?” I used to watch The Walking Dead, but bailed when it became too unrealistic. I know you’re thinking the whole premise is unrealistic. I’m referring to having obese people in a zombie apocalypse. How is it possible to have that much food when the supermarkets, pizza joints and McDonalds are shuttered? The characters’ hair, eyebrows and beards are immaculately sculpted. Their clothes are clean, well-fitting and stylish. Why would any woman wear hoop earrings in an apocalypse when you might have to fight a zombie at any moment?

This whole Coronavirus outbreak sounds like the intro to a dark end-of-the-world movie. Wuhan, China, a city with 11 million people—that nobody ever heard of—is the epicenter of patient zero. It’s been reported that about 18 people have died from the virus and hundreds have been stricken. The city is in lockdown. Travel to and from Wuhan has been halted indefinitely. There are long lines at the hospitals. Fear and frustration is mounting. New cases of the virus have spread to other parts of China, the U.S., Japan, Hong Kong, South Korea, Taiwan, Thailand and Singapore. People are being quarantined.

WHO chief Dr Tedros Adhanom Ghebreyesus said the number of cases outside China had increased 13-fold in two weeks. He said he was “deeply concerned” by “alarming levels of inaction”.

A pandemic is a disease that is spreading in multiple countries around the world at the same time.

Hours later Italy said all shops except food shops and pharmacies would close.

Announcing the toughest lockdown seen yet in Europe, Prime Minister Giuseppe Conte said bars, hairdressers, restaurants and cafes that could not guarantee a metre’s distance between customers and non-essential company departments would also close.

The impact of the tightened restrictions – in force from Thursday until 25 March – on the rate of new coronavirus cases would take a couple of weeks to be seen, Mr Conte said. 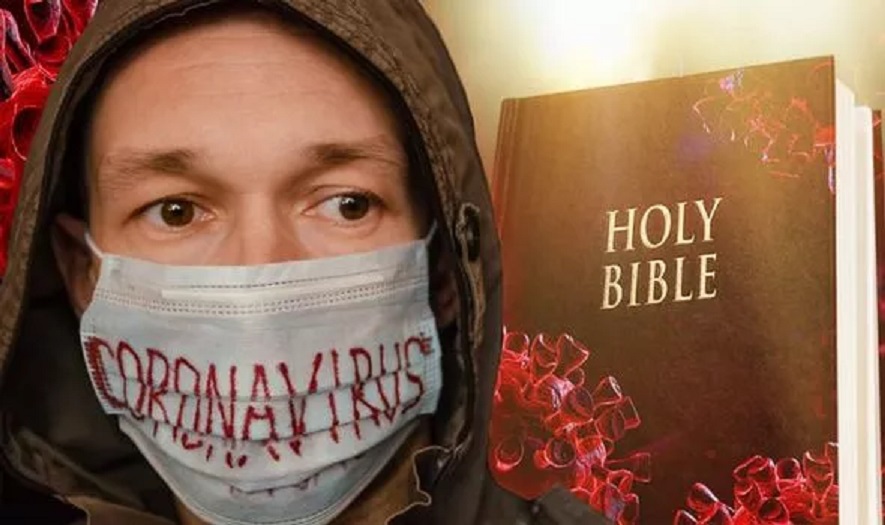 What did the WHO say?

Dr Tedros said that calling the outbreak a pandemic did not mean the WHO was changing its advice about what countries should do.

He called on governments to change the course of the outbreak by taking “urgent and aggressive action”.

“Several countries have demonstrated that this virus can be suppressed and controlled,” he said.

“The challenge for many countries who are now dealing with large clusters or community transmission is not whether they can do the same – it’s whether they will.”

“We’re in this together to do the right things with calm and protect the citizens of the world. It’s doable,” he said.

His appeal was followed by the several other countries announcing ever more stringent restrictions to try to prevent the virus taking a hold.

Denmark – which has 514 confirmed cases, up 10-fold since Monday, but no deaths so far – is to close all schools and universities from Friday and will send home all public sector employees who are not in critical roles in the coming days. The government also urged the cancellation of events with more than 100 people attending.

Meanwhile India has suspended most visas for foreigners until 15 April and Guatemala is banning European citizens from entering from Thursday.

What is the situation in Italy and Iran?

The country has already closed schools, gyms, museums, nightclubs and other venues across the country.

It has more than 12,000 confirmed cases and a death toll of 827. Nearly 900 people with the virus in Italy were in intensive care, the WHO’s emergencies head Michael Ryan said.

Dr Ryan said the situation in Iran – where the official figures are 354 deaths among 9,000 cases – was “very serious”. The WHO had sent 40,000 testing kits to Iran but there was still a shortage of ventilators and oxygen.

“Iran and Italy are suffering now but I guarantee you other countries will be in that situation very soon,” he said.

Earlier, Germany’s Chancellor Angela Merkel warned that up to 70% of the country’s population – some 58 million people – could contract the coronavirus. She said since there was no known cure, the focus would fall on slowing the spread of the virus. “It’s about winning time,” she said.

The number of confirmed cases in Germany has risen to 1,567 from 1,296, the Koch institute for infectious diseases said.

Why is it being called a pandemic now?

The use of the p-word by the WHO to describe the global spread of this new coronavirus is not a huge surprise.

Up until now, it has talked merely of the “threat” or the “potential” for a pandemic. But with cases in more than 100 countries, and increasing numbers not linked to travel, the language has changed.

The WHO no longer ‘declares’ a pandemic the way it used to, so this is as official as it gets. Yet this doesn’t mean the pandemic cannot be controlled, it explains.

It’s a call to action and a plea for all countries not to give up, no matter how large the number of cases.

Practically, countries are being told to continue to do what they have been advised to do. That means some may have to step up their response.

But the WHO is not changing what it’s doing or the threat level of the virus.

What the use of the word “pandemic” highlights is the importance of countries around the world taking urgent action to respond to their own outbreaks – because now it’s everyone’s responsibility to turn the tide on the virus.

What else is happening?

France said there had been 48 deaths in the country, an increase of 15 from Tuesday. There are 2,281 confirmed cases. Coronavirus-linked restrictions have been extended to two more areas, France’s health minister said.

In the western US, Washington state is banning some large gatherings in certain areas and has told all school districts to prepare for possible closures in the coming days. The governor of Seattle’s King County said he expected a serious coronavirus outbreak within weeks.

In the eastern US, New York’s governor announced that troops would be sent into New Rochelle, in an attempt to contain an outbreak of the virus, as the total number of US cases passed 1,000 on Wednesday.

A one-mile (1.6km) containment zone was in force around the town north of Manhattan. Some individuals have been quarantined.

Music festivals and other major events in the US, including Coachella festival in California, have been cancelled or postponed. The E3 gaming show set for Los Angeles in June is among those cancelled.

Thousands of flights have been cancelled worldwide as airlines struggle to cope with a slump in demand.

A UK health minister, Nadine Dorries, said she had tested positive for coronavirus and was self-isolating at home.

Several countries – including Sweden and Bulgaria, as well as the Republic of Ireland – have recorded their first deaths, while the number of confirmed cases in Qatar jumped from 24 to 262.

China – where the virus was first detected – has seen a total of 80,754 confirmed cases and 3,136 deaths. But it recorded its lowest number of new infections, just 19, on Tuesday.