What the Scriptures say about COVID-19

COVID 19 is only a small taste of what is to come in the near future. Don’t fear but continue to abide in Christ.

A commonly mentioned passage is Matthew 24.

The scripture reads: “For nation shall rise against nation, and kingdom against kingdom: and there shall be famines, and pestilences, and earthquakes, in divers places.

“All these are the beginnings of sorrows.”

The passage is attributed to Jesus Christ who told his followers what to expect before his second coming.

A similar account of Jesus’ teaching is found in Luke 21.

The passage reads: “Then he said unto them, Nation shall rise against nation, and kingdom against kingdom: And great earthquakes shall be in divers places, and famines, and pestilences; and fearful sights and great signs shall there be from heaven.

“But before all these, they shall lay their hands on you, and persecute you, delivering you up to the synagogues, and into prisons, being brought before kings and rulers for my name’s sake.”

A passage in 2 Chronicles 7 also warns of plague: “If I shut up heaven that there be no rain, or if I command the locusts to devour the land, or if I send pestilence among my people;

“If my people, which are called by my name, shall humble themselves, and pray, and seek my face, and turn from the wicked ways; then will I hear from heaven, and will forgive their sin, and will heal their land.” 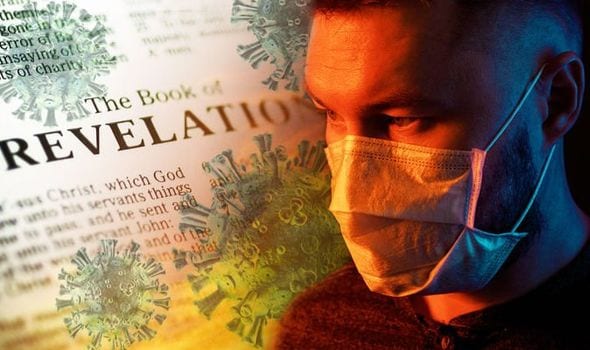 Many people who have read the Bible also believe the coronavirus could be a biblical harbinger of doom.

One person said on Twitter: “Thinking of the four horsemen of the apocalypse. Pestilence, war, famine, and death. #Coronavirus

“The Bible will tell you more on this subject.”

Another Twitter user said: “The Four Horsemen of Apocalypse representing War, Famine, Pestilence and Death depicted in the Bible on Revelation 6:2-8 are most likely causing this coronavirus worldwide.

“We don’t see them but wen can feel their wrath everywhere.” 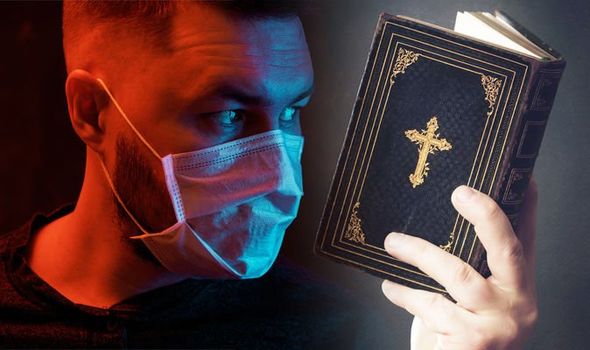 The Book of Revelation is the last of Book of the Bible.

It was penned by John the Apostle and details his prophetic visions of the end times.

Among his visions are warnings of plagues and pestilence.

However, according to Ed Jarrett from Christianity.com, there is very little evidence to support the claim COVID-19 is biblical.

He said: “History is replete with plagues, wars, and natural disasters that kill large numbers of people. But none of these has been a sign of the end.”