THERE ARE TRILLIONS MORE OF THEM, THAN THERE IS OF US!!

It is virtually impossible kill a tardigrade. You can freeze it, boil it, crush it, zap it with radiation, and deprive it of food and water—for years!—and it will wiggle back to life.Mar 21, 2017 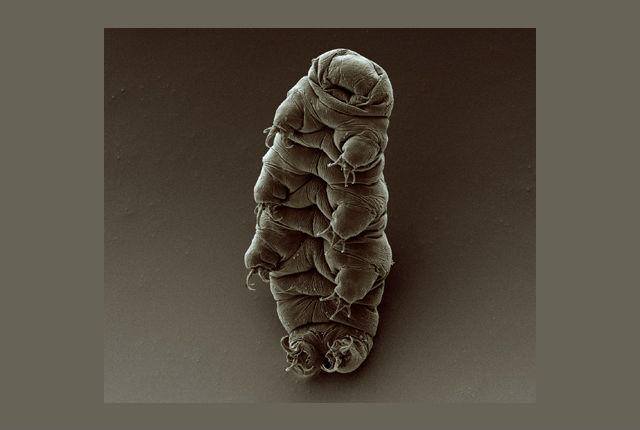 These are Tardigrades… They have been on earth over 600 million years. They are the oldest and most populous creature on earth. They are every where and on everything and it is actually their planet. They are in your shower and bath water, the snow, the air, your food, your clothes, all over your body and everything you touch or do. 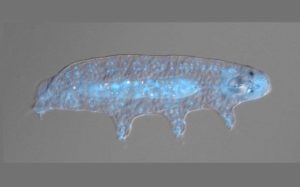 For every 1 human being, there are 160 million of them. To put the time frame in perspective… Dinosaurs did not start arriving here until just 230 million years ago. Theses creatures live anywhere they want, from fire to ice to water. Tardigrades can withstand temperatures that would easily fry or freeze a human being. Scientists have exposed them to heat over 300°F and cold below 1° Kelvin, or -458°F—a temperature at which most substances go bananas. Liquids turn to solids and gases turn to liquids, but the hardy tardigrade just keeps on truckin’.

Without the aid of a pressurized suit, humans can survive just a few minutes in the vacuum of space. Tardigrades can make it for 10 days. But the hazards of space go beyond mere skull-crushing pressure; there’s also UV radiation. Humans can withstand about 500 roentgens, or units, of ionizing radiation, but it takes more than 100 times that much to kill a tardigrade. More than 1100 species of Tardigrades have been discovered since they were initially found in 1773. You will never see one, as they are much to small for the human eye.