As technology progresses, humans increasingly exploit resources of our home planet. One day, we might become an interplanetary species as imagined in The Expanse. One of the fundamental steps for that is to build reusable rockets, which SpaceX has now perfected, and others intend to follow. And make them large. Another fundamental step is space mining, i.e. extract and make use of natural resources available at the planetary bodies. The Moon will play a central in colonization of the solar system from that aspect, if not more.

Going interstellar, however, will require extremely powerful rockets that can go at a significant fraction of the speed of light. The distances involved are just so vast. Nuclear powered spacecrafts are then a potential solution, like the previously proposed Project Orion in the 1970s. At 10% the speed of light, the nearest star can be reached in about 40 years, which is not bad. Once the technology is achieved, is stable and reliable, colonizing nearby Interstellar systems is no longer a science fiction dream.

Notice that every step in becoming a higher order civilization requires a major physical barrier to be overcome. Some prime advances accordingly can be summarized as follows.

So, what physical barrier needs to be overcome to become a galactic civilization? The gigantic distances of course. This brings us to the very core of all science fiction that has ever dreamed of a galactic empire — The warp drive.

A warp drive can supposedly enable travel from one point in space to another point directly, without the passage of time; much like traveling through a wormhole. This allows us to travel the vast distances in the galaxy without any significant time losses, thereby enabling us to potentially build a galactic empire. Star Wars, Star Trek, Isaac Asimov’s Foundation Series and numerous other science fiction stories makes use of warp drives or similar technologies. 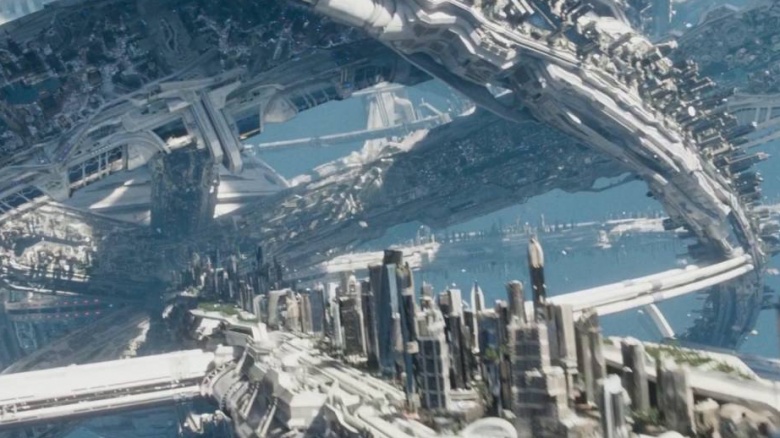 But as reality stands, warp drives are probably more fiction than science. Without such a technology, colonizing the entire galaxy is an enormous task that may always be out of reach. However, there is another pragmatic way. Geometric progression of the kind bacteria does, can prove to be very effective.

Assume that colonization of one-star system by an interstellar species takes a thousand years, which is a realizable number. The additional resources thus available from the colonized star-system can be used to replicate the same process in another nearby star system. 2-star systems can now go on to colonize 4-star systems in next 1000 years, and so on. This scheme translates to the following numbers.

See how quickly it escalates? 40,000 years and one can cover all the stars in the Milky Way.

In less time than humans originated on Earth in their current form, an entire galaxy can be colonized by the use of a simple geometric progression method.

Even if we change the original 1,000-year assumption needed to colonize a star system to say 10,000 years, colonization still takes less than a million years, which is puny compared to cosmological time scales.

Colonizing the galaxy however has its challenges. A central galactic empire, if at all there is a central one, would find it very difficult to exercise proper control over all parts of the galaxy at once, due to the incredibly large distances and time involved. The physical barrier thus involved will naturally give rise to more decentralized forms of economics and governance.

Will we ever manage to colonize the entire galaxy? Will we be a Type-3 civilization as envisaged by Kardashev? I don’t know. But I do know that it’s worth fighting towards. And I will point out that we are not an interplanetary species when we could’ve been already. If we don’t act soon enough, it can cost us our very existence, for whatever its worth.

New worlds await us, the lights of a billion suns, not a sunrise, but a galaxy-rise.